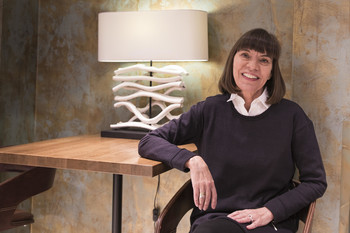 Fear is a strong emotion. A great servant but a bad master. Although much of fear seems to be irrational, my experience is that if you listen to your most persistent fears and learn from them, they will reveal your true capacity and disappear, or at least stop controlling your life. Or your business.

As long as fear is in control, you are only reacting, but if you befriend the fear it will teach you its lesson and lead you to innovate and create something entirely new. I’m not saying we should focus ONLY on our fears, but as those fears tend to demand our attention anyway, we might as well give them their due and benefit from their teaching.

As a kid I was afraid of many things including monsters and ghosts, darkness, being alone and dogs. One giant biggie appeared when I started school: Performing in front of an audience. For some reason, I ended up in every school play and in every poetry reading and song and dance competition. And I hated it. Absolutely hated it, and feared it more than anything else.

Many of these fears lasted for several decades, especially the fear of public speaking. However, I have tackled the fears one by one, and in the process, I have uncovered hidden capacity and, most surprising, my professional mission.

When I confronted my fear of public speaking, I discovered that I am not only OK with it but that I actually love it! What seemed absolutely impossible is now my daily normal.

So, what did it take? Driven by my curiosity, I became determined to understand what I fear and why. And then I really worked at it: I researched, meditated, rehearsed and practiced not being afraid of it. I DID it.

I have also realized that my curiosity might be another fear in disguise. I am most afraid of not finding out. Of settling for something mediocre just because I’m too scared to try something different or new.

So, one might say that I am still driven by fear – the fear of not finding out – but I know that this is a different kind of fear. This is energizing, this is discovery, and this feeds my curiosity.

So, the lesson for life and business? Become friends with your fears and worst-case scenarios and then do it anyway! That’s called risk-taking. And, as my hero Walt Disney said “It’s kind of fun to do the impossible!”